Creating responsive, video projections for a series of national performances was an exciting challenge and gave me the opportunity to collaborate with the gifted pianist, Julia Sheriff, and delve deeper into a programming language that would enable me to further explore generative image-making that is triggered by audio input. These bi-coastal performances showcased Julia’s formidable talents as a performer. As Julia performs, the audio from the piano (in this case, I used the parameters of pitch and volume) was integrated with MAX MSP to create real-time, generative forms that were synchronistically projected onto a large video screen behind the artist on stage. Images endlessly metamorphosed and gyrated along with the music. These multifaceted triangular shapes were triggered by each note and became a visual accompaniment to the musical performance. Unlike the production for the Crystallina performance (see here) I was also able to control the spin velocity, and for each composition that Julia played, I was able to build a color palette along with varied rates of change that gave me a sense of creating in real-time alongside Julia’s formidable talents. The video shown here was taken from the performance in Boyer College of Music, Rock Hall Auditorium, Philadelphia. 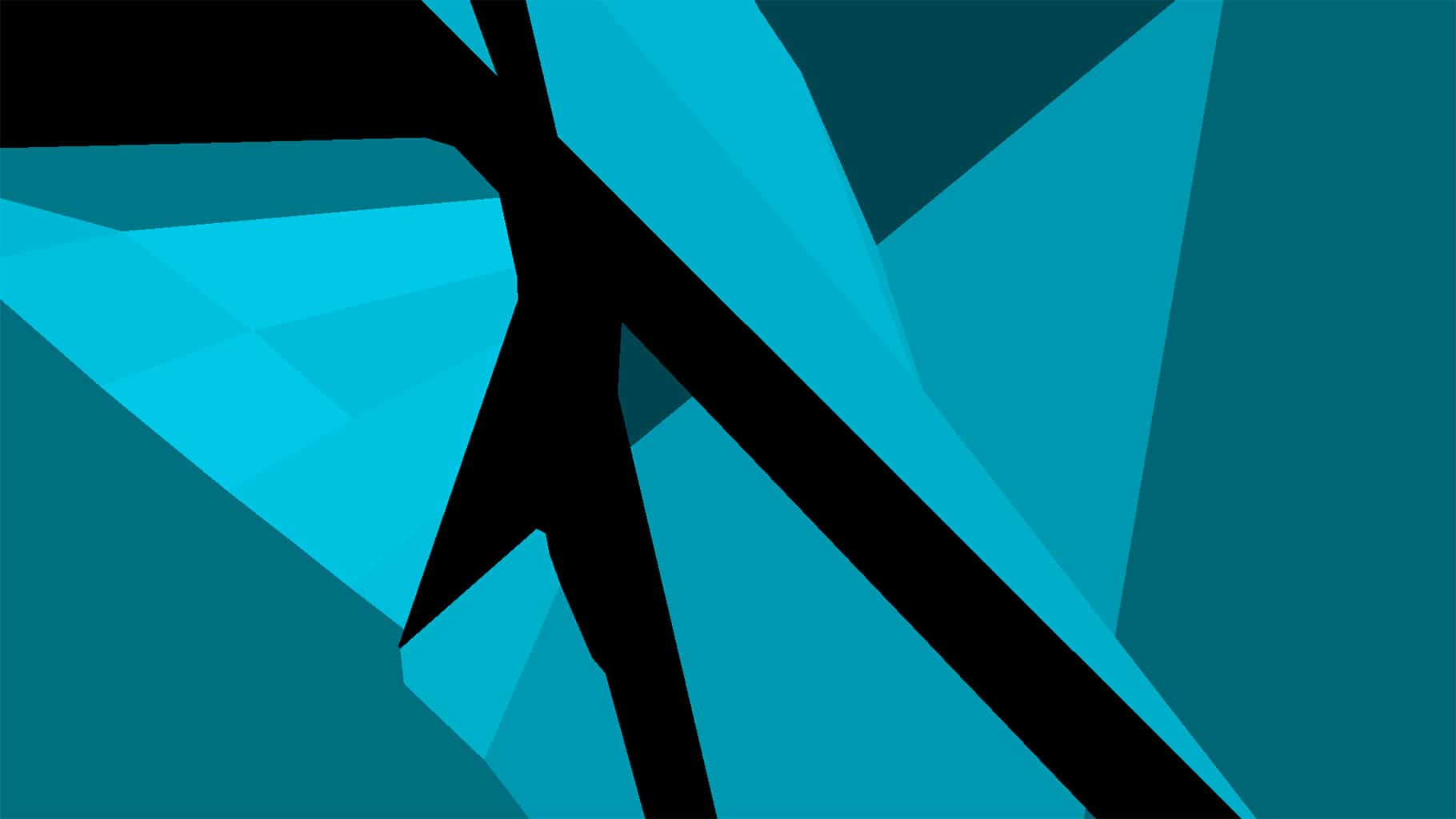 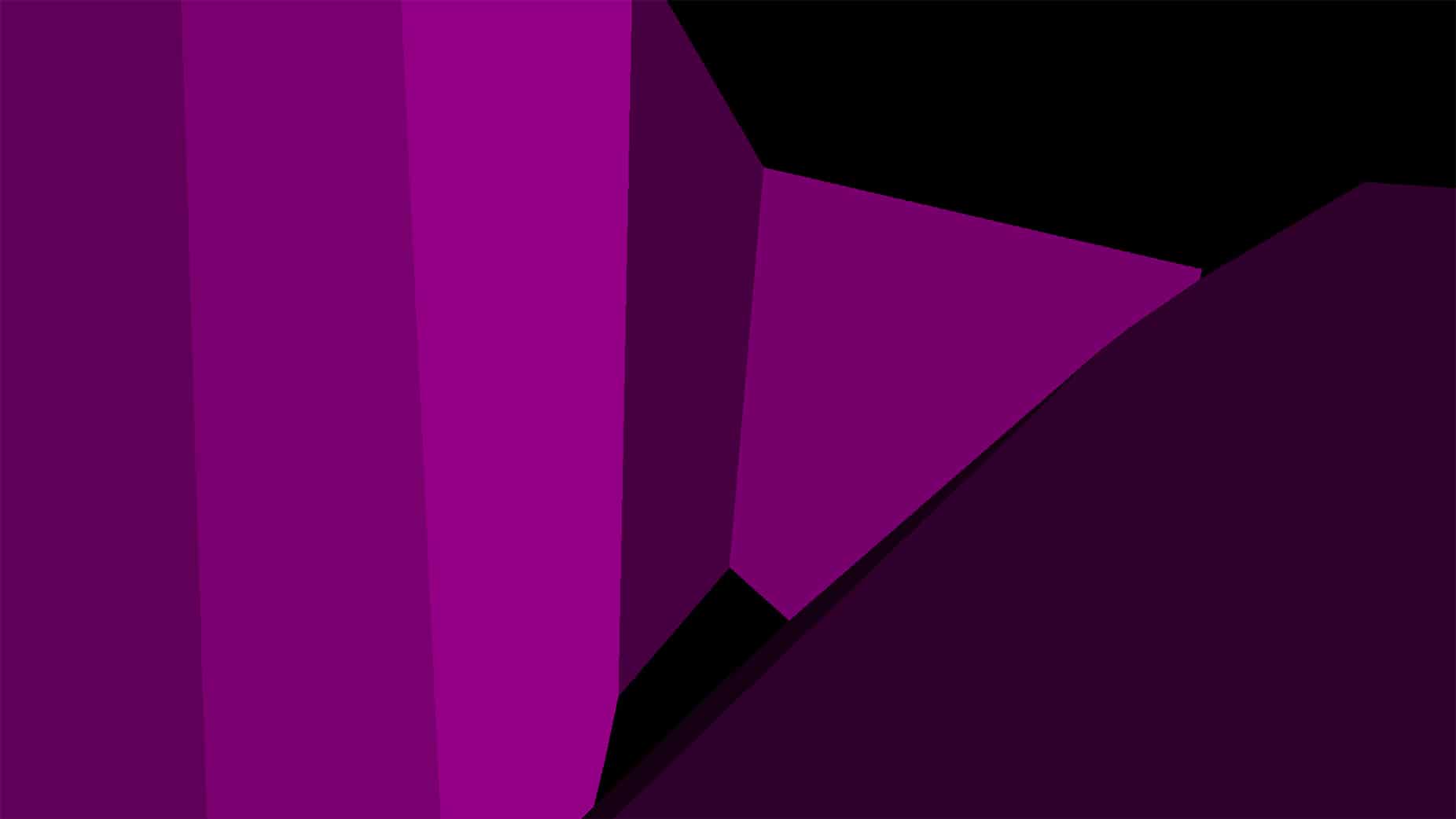 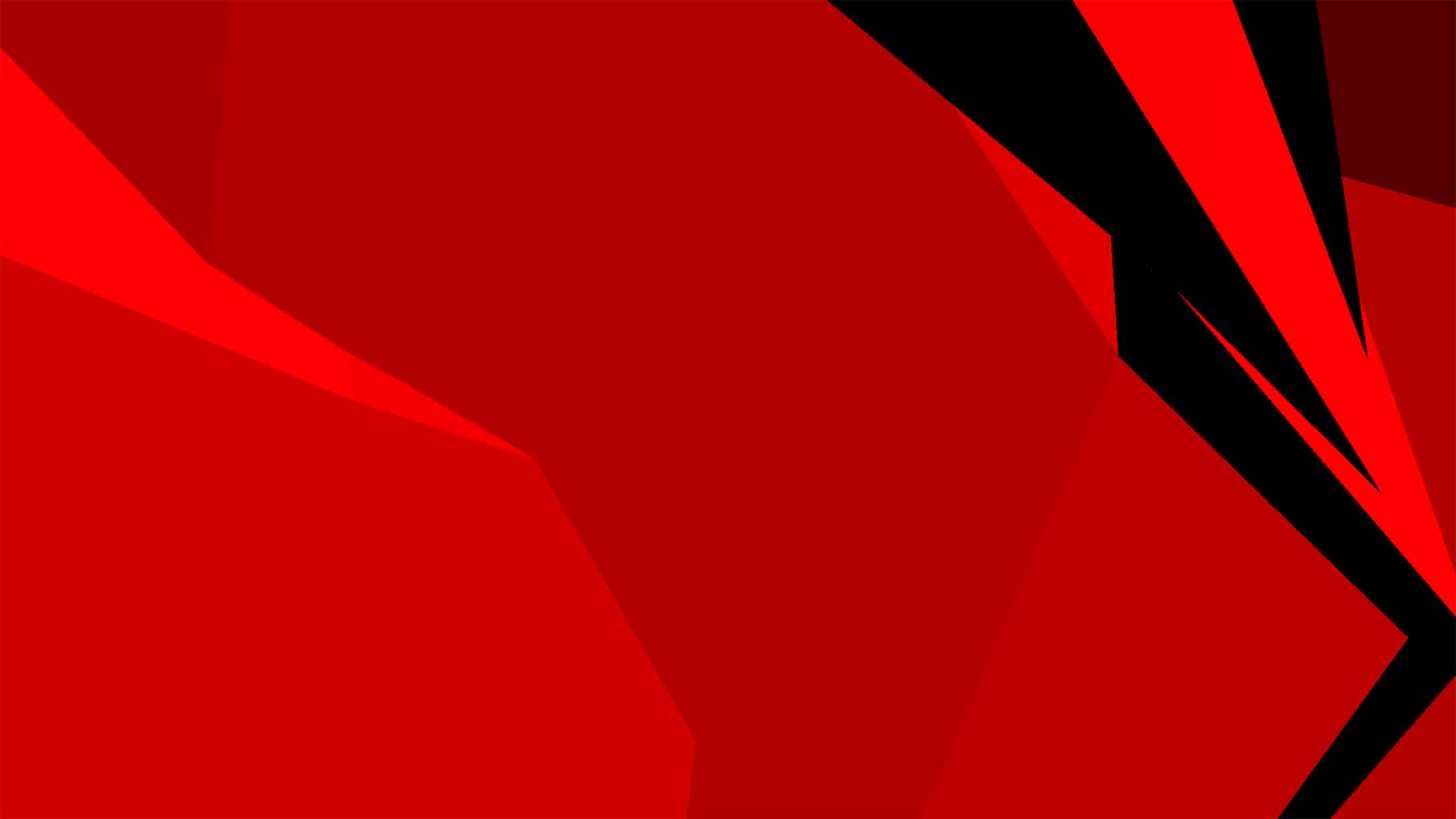 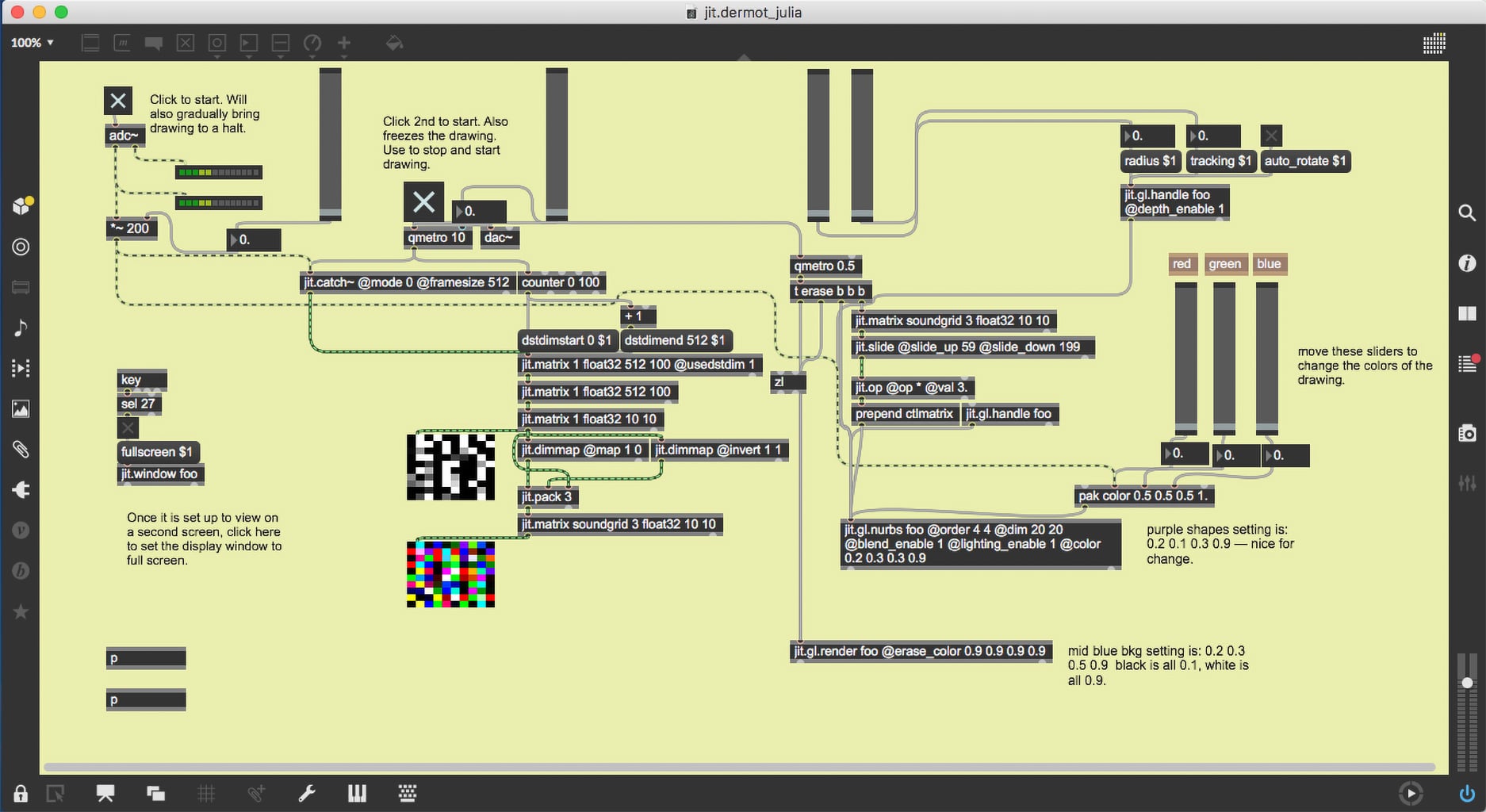 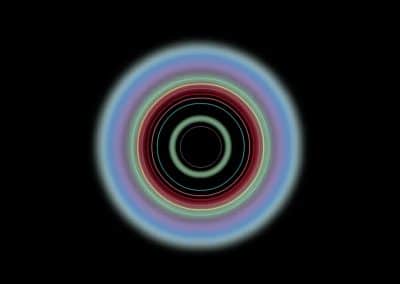 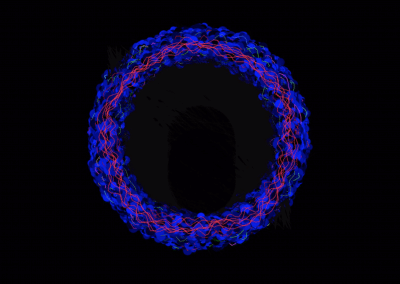 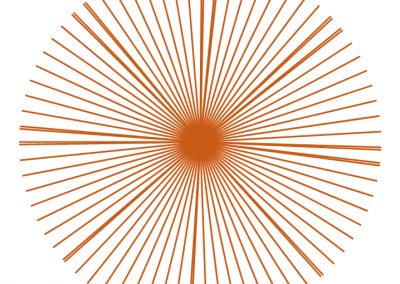 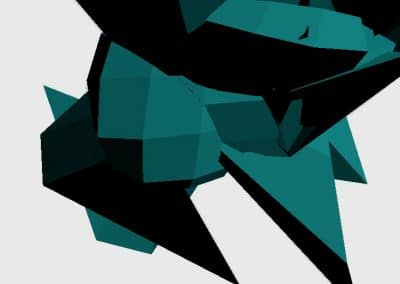 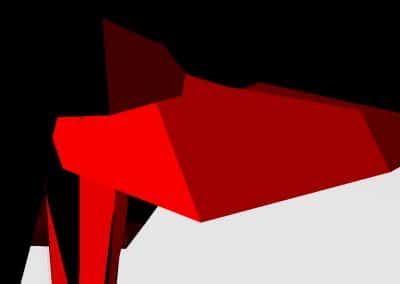 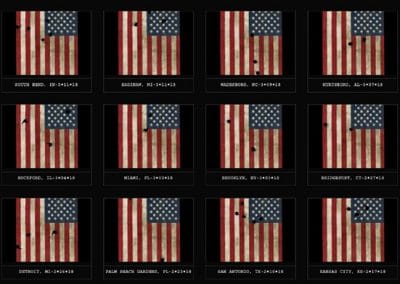 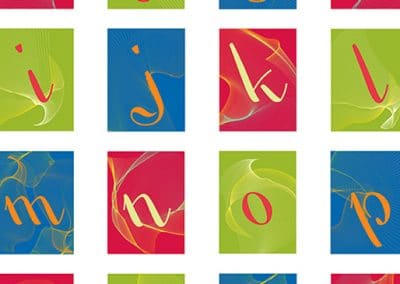