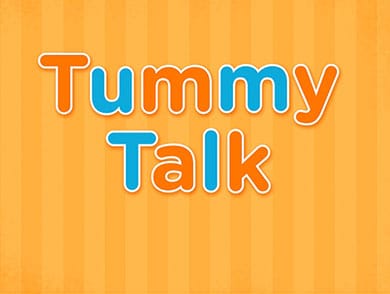 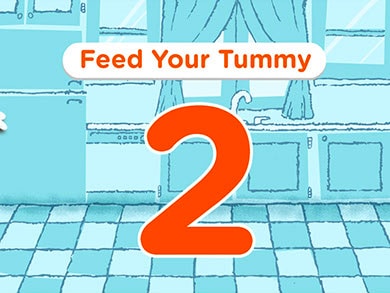 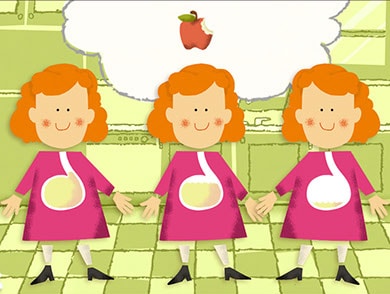 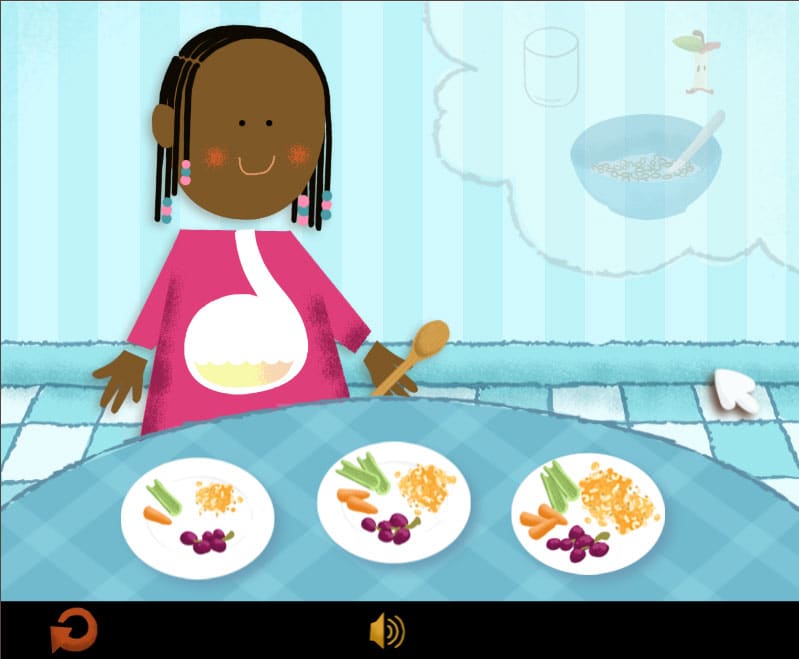 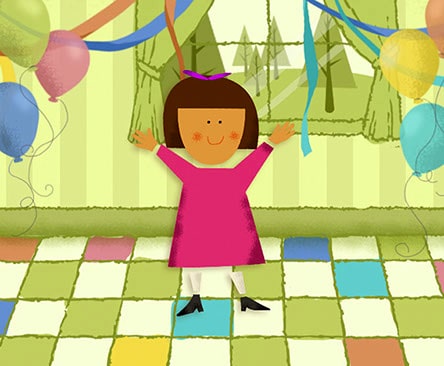 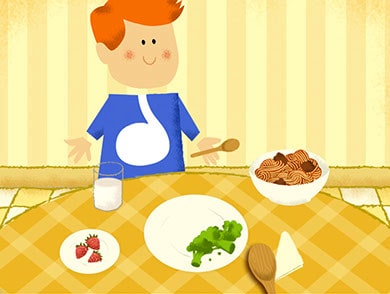 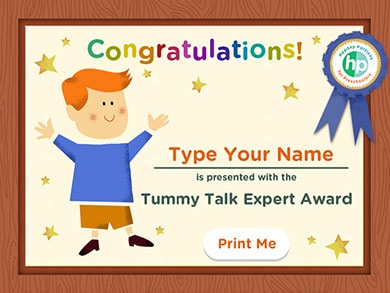 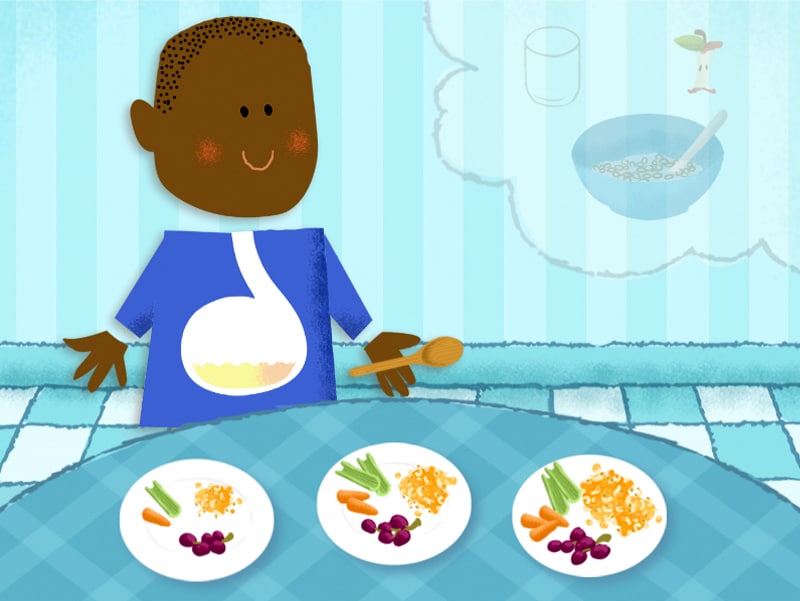 “Tummy Talk” is an interactive game that increases preschool-aged children’s awareness of their bodies’ eating cues. This game leads children through three levels where they are asked to think about how their tummy feels while they are eating. In the first level, children listen to descriptions of eating and match them to pictures that show: hungry, just right, and too full tummies. At the next level, children look inside their tummies after breakfast and figure out how much to eat at lunch. In the last level, children figure out how much to serve themselves at dinner by looking inside their tummies to pick the amount that gives their tummy just enough, but not too much food.

Our goal was to create a game that would be simple to use, fun to play, and educational. Right from the start, children enter their names and are given a sense of control and achievement when playing the game because they are offered a choice of character, a choice of direction, and they celebrate their correct choices after each section. The illustration style harkens back to a mid-century Modern inspired aesthetic that I’ve long admired and loved as a child growing up, and I wanted to impart that playfulness in the gameplay, by using this specific manner of illustration. This project was developed using Actionscript 3.0 and involved quite complicated conditional statements in the coding to leverage the deceptively simple choice offerings made by the children. But as with many other projects in this site, the coding provides the foundational structure and operates on an unseeable level. What matters most, is the ease of use, and empowering (in this case a defined young age-group) users to accomplish levels of the game, all the while learning in the process. 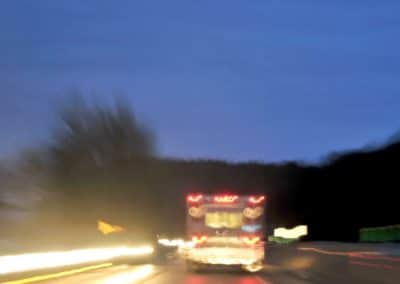 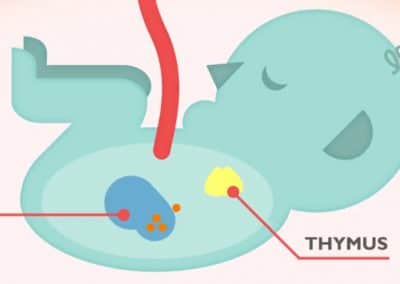 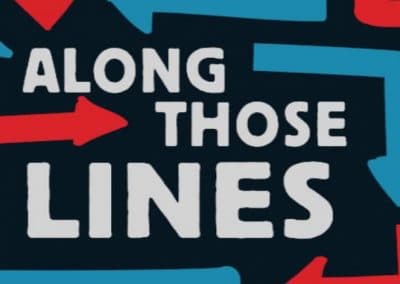 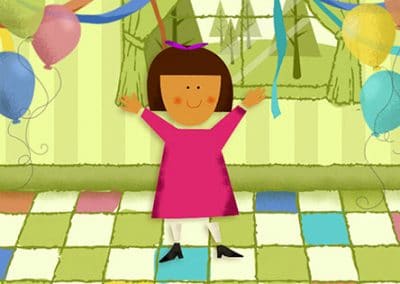